It’s been such a crazy year! Seriously, if you would have told me last January that I would be sitting in Reedsburg, WI right now working at a Catholic camp, I’d probably tell you that was crazy. As is customary at the end (or beginning) of a year, I’d like for you to join me in a look back at what a crazy, fun, adventurous year 2012 was!

I rang in 2012 in Cleveland with my friend Katie and some others I have met from my two summers working at the Cleveland zoo. 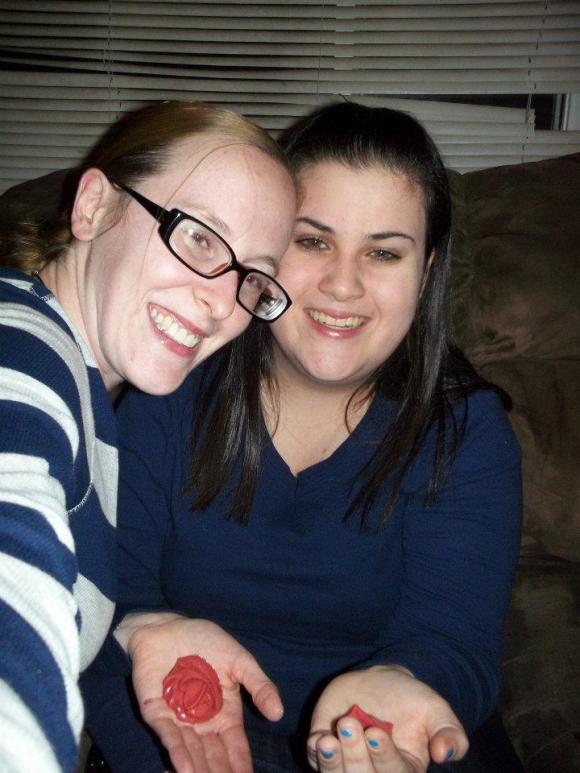 January also brought my last semester as an undergrad which was more fun than work (though I think I spent more time in the library as a senior than any other year of my time in school!) One of my most memorable classes of that semester was Video Performance and Production which essentially was myself and my classmates filming a sports show. It taught me a lot about performing and interviewing and about being a jack of all trades!

February started off with an all-nighter as I traveled with my friends Steph and Miriam to Punxsutawney, PA for Ground Hog’s Day! Unfortunately Phil saw his shadow but it was incredibly fun none the less and we made the news at home in Erie.

That month also held the run of the Schuster Theatre’s production of The Cherry Orchard in which I stage managed.

(photo credit: Rick Klein) Memories from that month that remain undocumented in picture form include my Valentine’s Day spa night with members of the Men’s basketball team (Dance Moms, homemade facials and pudding shots were all great parts of that evening!)

March brought the BEST St. Patrick’s Day I have ever experienced, and possibly the warmest! It was a great day spent between local establishments and Gannon fraternities with many new and old friends.

It also brought a service trip to Joplin, Missouri to do tornado relief with 17 other students and three staff members. I learned a ton about giving myself fully to others, giving and taking and what it means to have a servants heart. 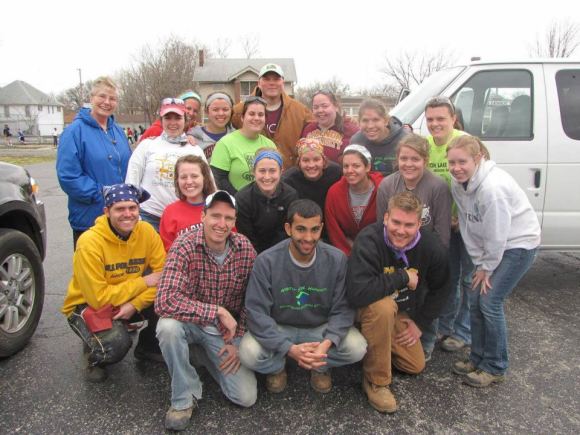 March also included an undocumented whirl-wind trip to NYC for my mom and I as I had a job interview in Midtown! We were able to score rush tickets to Godspell on Broadway and meet the whole cast at the stage door afterward. Another fun undocumented memory was the manhole covers blowing up in Erie. As a good communications student, I was first on the scene without shoes or keys- just a cellphone to call local media and my mom 🙂

April brought my decision to randomly apply for a missionary position at a Catholic Camp in Wisconsin. It also brought the interview and an acceptance of the position! It also brought me getting to meet one of my heros, Matt Roloff of Little People, Big World. 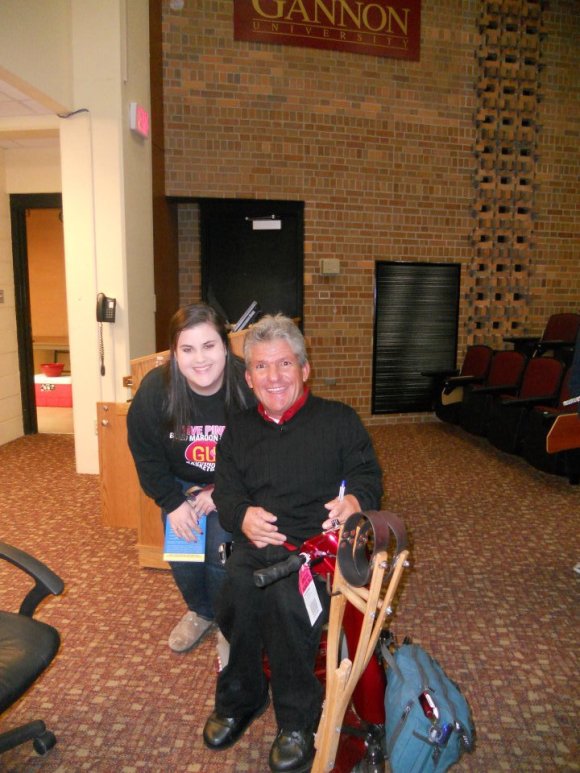 April saw the end of the spring semester which included my final midnight pancake breakfast (and AJ’s Way dance party!),

a concert featuring Andy Grammar, Jack’s Mannequin and The Fray 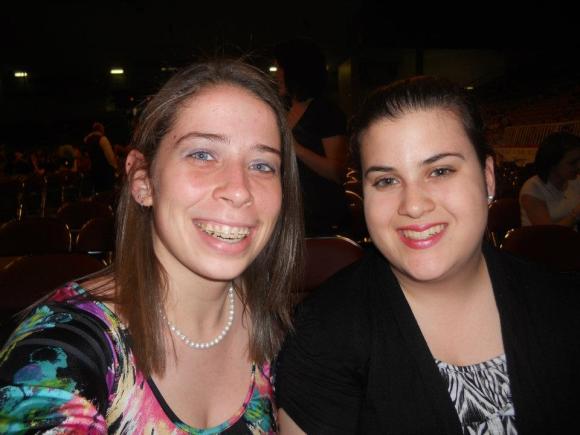 and an all-nighter that spanned two days (total amount of sleep in those 48 hours: roughly 5 hours) working on a to-scale model of a theatre and set design. It brought my final sorority induction as an undergrad and I also was inducted as an alumnae member of my sorority. 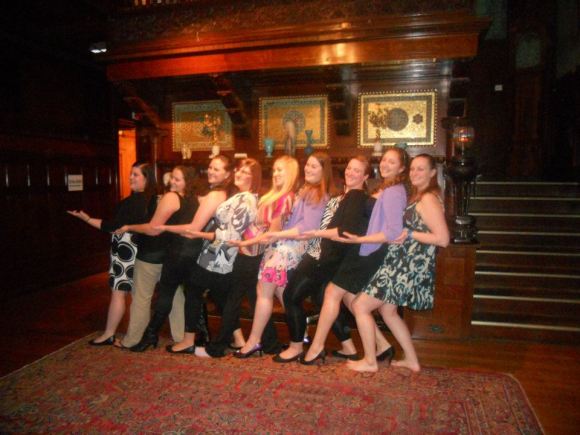 May brought graduation and my final bar crawl as an undergrad. 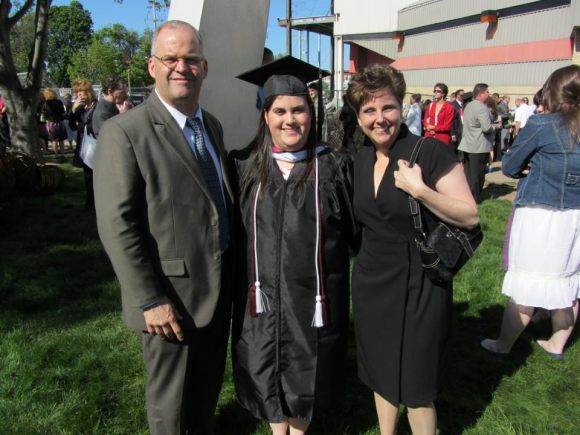 Those few days were a BLAST! The next week was spent packing and cleaning before I took one last trip to NYC with my Gannon theatre family. We spent the day in a workshop with George Salazar of Godspell and got to see the show. (my second time!)

The rest of the day was spent sightseeing with my good friend Steph and ending our day sitting third row for Gore Vital’s The Best Man which starred Angela Lansbury and James Earl Jones.

June brought me to Wisconsin! It began our training as a staff and my summer camp life! June made me appreciate air conditioning, sleeping in, and many apologies to my parents for waking them up so early as a child.

July brought ridiculous temperatures and a fire ban. It also brought the most EPIC soccer game I have ever been a part of with a 3-2 win over the Jewish Camp down the road. 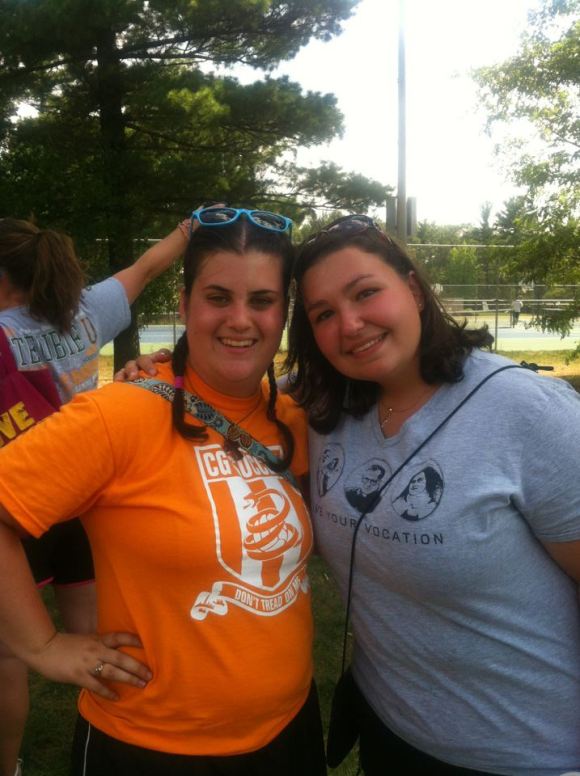 July also brought my first trip back to the Eastern time zone to be a reader in the wedding of my best friend Carolyn. 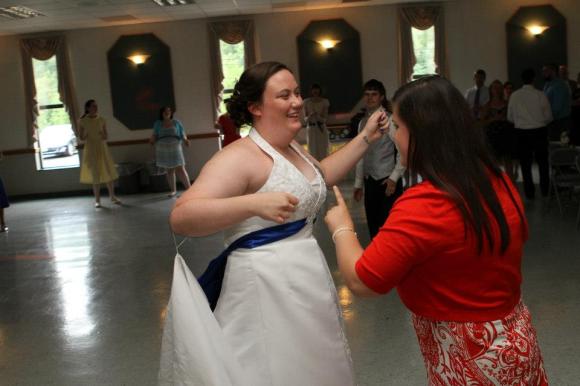 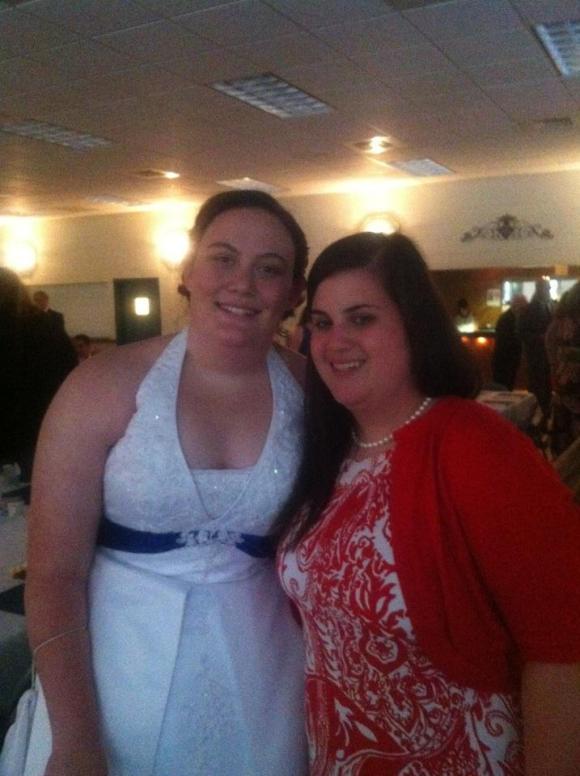 The same weekend happened to also be the reopening of my Church, St. Patrick WP, which was amazing to be a part of!

August bid farewell to summer camp but not before I got to have a cabin of my own and some more fun nights and days with our staff. A favorite undocumented memory would be the day trip to Devil’s Lake that almost the entire staff participated in- hiking, swimming, drinking and general lounging were definitely needed and enjoyed!

September brought the beginning of my SaLT life. New haircut 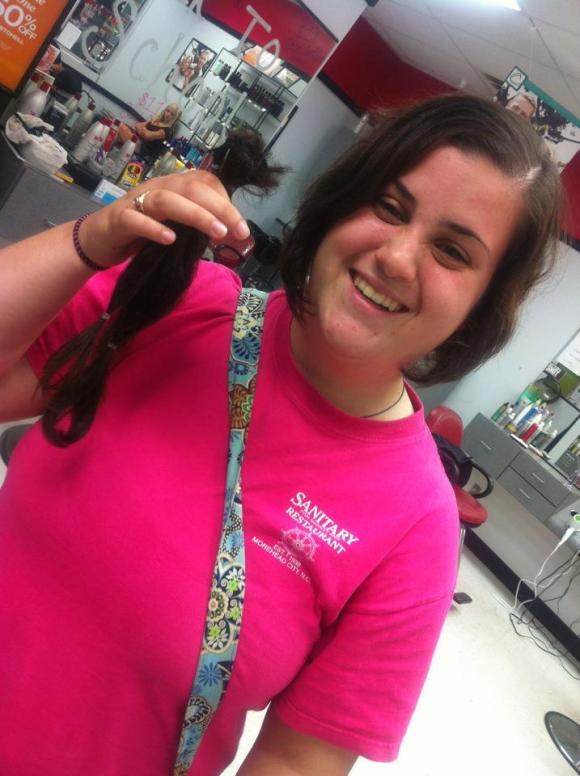 (that’s 11 inches!) as well as many new jobs and situations.

October was absolutely insane! We had settled into a “routine” if you could call it that but it involved SOMEONE working nearly every day. We saw 3 groups of students that were at least 70 kids each as well as several other smaller groups and lots of Confirmation groups. We also saw a school of inner-city kids that reminded me a lot of the students I worked with in the after-school program in Erie. They got to spend Halloween with us. In between the craziness we still had time to make some trips to Madison, hang out in town, play basketball with the local parishoners and of course, celebrate my birthday!

November was probably our most challenging month. We had our routine down pat but ended up a team member short for basically the entire month, as one of our members lost her father early in the month. This month taught me more than ever the true meaning of perseverance and “fake it til you make it.” It also proved to me, and I believe the rest of the team, that we CAN do this and we ALWAYS have each others backs.

On a positive note, it brought one of my best friends, Steph, to Wisconsin. It was a BLAST seeing her and getting to hear her volunteer experiences, as she is currently serving with the Jesuit Volunteer Corps in Minneapolis. 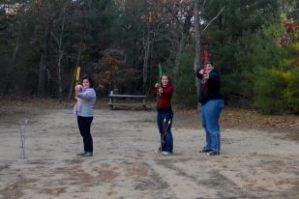 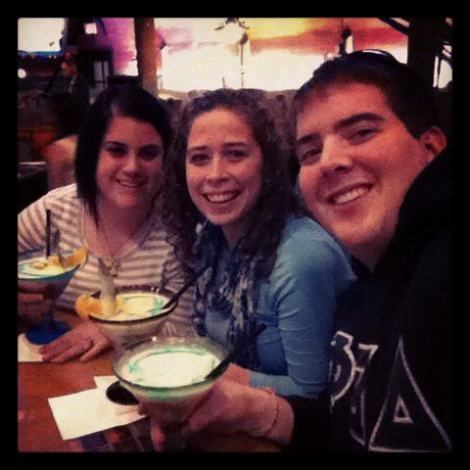 One of my favorite undocumented memories of the month was going to see Wreck-It Ralph  with the team. That story is a blog post in itself 😉

December was incredibly quiet on camp. We spent most days in the office which left us with a ton of free time in the evenings and on weekends. What did we do, you ask? In addition to our second “Chopped” competition of the semester, we also saw THREE Christmas concerts featuring former campers,

Amy, Kristina and I spent a day in Chicago checking out the sites and visiting both old and new friends. (My former campus minister, the Suz and Kathy’s brother John whom we had never met before appearing at his door!) 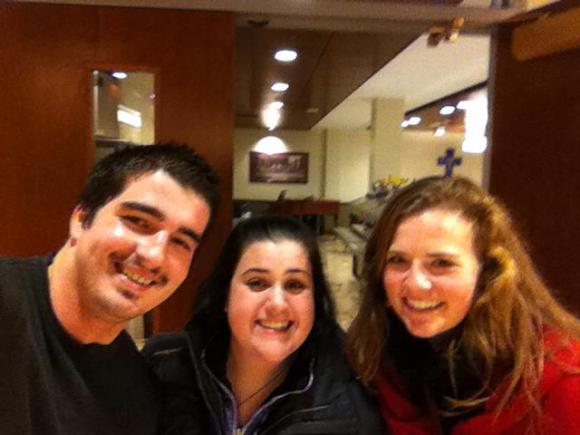 The month also included a sprained ankle (as well as 3 hours in the doctors office and 12 hours on crutches) for me, cookie decorating with the kids on camp and several more adventures in town, including one with Santa!

Christmas was spent in Cleveland with my family and it was a blast!

I arrived back at camp yesterday and though I am extremely glad to be back, as I type this I keep waiting for the familiar footsteps of my roommate to come down the stairs. Unfortunately, (and I knew this from day 1 in June) Kristina has taken a job in New Jersey and won’t be with our team anymore. It was rough to say goodbye and our big old basement bedroom is a lot bigger and a lot neater without her. We are adjusting to going from a 6 pack to a holiday 5 pack, but I know we’ll get our groove together eventually.

This new year will bring a lot more excitement and challenges, I’m sure and it will also bring a visit to at LEAST 1 new state. In two weeks I will be traveling to Minneapolis, Minnesota for an interview with NET Ministries. If I get the job, I will be traveling across the country come fall working with high schoolers. This is not what I had originally intended for next year and I am still applying for “grown up” jobs, but I strongly believe God wants me to remain working as a missionary for a while longer. Please keep me and this vocation in your prayers.

One thought on “Year in Review”